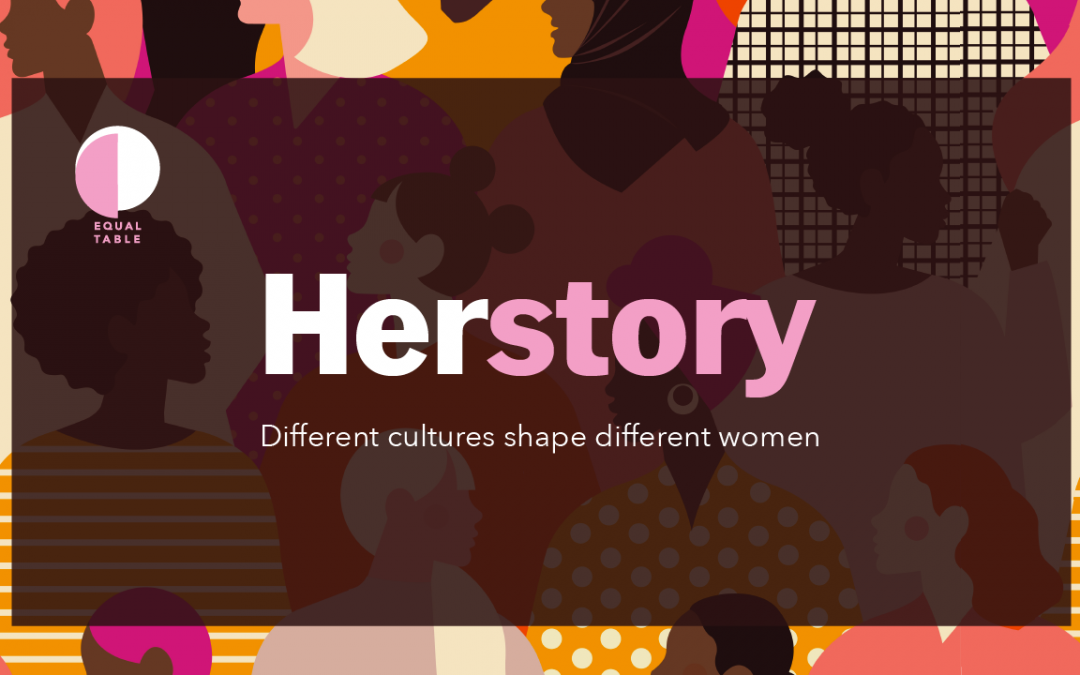 This last month we had the opportunity to explore for the first time the same topic twice on the Equal Table platform -Herstories, different cultures shape different women. Two different groups of women from all around the world were generous enough to share with us their stories and we would like to share with you our story about what we learned from them. Our first question was about expectations if they became the women their country expected them to be. Answers varied according to whom they thought was their “country”, either the general society or the people that played a key role in their lives. This first question set the tone of the rest of the discussion. It wasn’t about women’s history in different cultures, but about their own personal story.
And also about the way they told that story. We asked them to switch places with each other
and based on what they had heard from one another, tell us how they thought the other would have answered on how they dealt with those expectations. Almost unanimously, when choosing for another person, they all thought that each of them in their own way tried to change what was expected from her by looking for a place where they could be the ones choosing what they wanted. In a revealing and empowering moment, some of them were surprised with the answers, since they would have answered differently if it was about their own choices. When having to choose three main roles they play in their lives as women, the word we heard the most was fighter. A reason to be proud, but also sometimes exhausting. Confronting it with was expected from her, some of them mainly struggle with being asked to play too many roles and not always getting support when choosing a career instead of investing in being a wife and a mother.
When questioned which roles their (great) grandmother’s would have chosen for them, they
found out that in most cases it wasn’t that different from what they picked in the last question. That they were also fighters, in their own way, for them to have better opportunities than they had. We heard amazing and inspiring stories of women that went through a lot to give this generation a present where they can speak out.
Finally, they were asked which roles would they like their daughter or the future generation to
choose. In one group there was consensus on picking neither, not to perpetuate the weight we all carry on our shoulders regarding others’ expectations of who we should be. In the other, they realized that the expectations they do have are probably related to the expectations the previous generation had for them and so on, which helped them to better understand them and how impactful our past is in our present and our future. In the end, we agreed that just by acknowledging how important is our own influence we are already doing something towards building a more balanced world.
This journey that went from introducing themselves in the present to better understanding how that was affected by their past and finally to what they expected from the future was, to say the least impressive. For some of them surprisingly and enlightening. For others a confirmation of already strong points of view. For us, an honor to host a set where we shared ourselves and came out more aware of what we are made of.
From these very interesting discussions, we concluded that different cultures don’t shape
different women, they shape the path we chose to be more alike than we thought coming from, regardless of our backgrounds.
Warming and sincere thank you to all of our participants for being brave enough to write their own stories and share them with us.